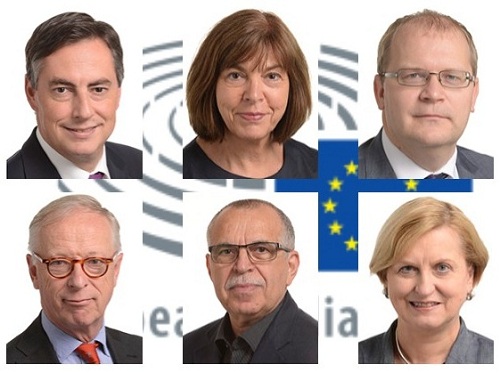 The Parliaments of three Eastern Partnership (EaP) countries - Georgia, Moldova and Ukraine - released a joint statement on July 3, calling on the European Parliament to adopt a Resolution prior to the EaP Summit reaffirming its appeal to the European Council to opening the

Venezuela: „Elections are the only pacific and democratic way to solve the situation“

European Parliament Chairpersons McAllister, Jáuregui Atondo and Assis made the following joint statement: "The Venezuelan Government has called an election on 30th July to launch the so called National Constituent Assembly process, aimed at writing a new Constitution for the country. This step is unacceptable both in

European Parliament Chairpersons McAllister, Harms and Karim made the following joint statement: "The European Parliament is greatly concerned about the renewed violence earlier this week between Armenia and Azerbaijan which has yet again led to the death of civilians, in the Fizuli region. We express our