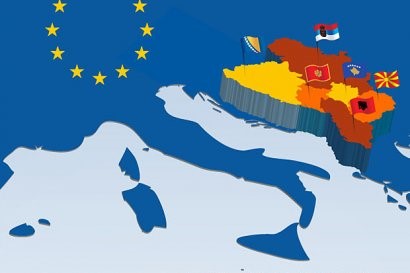 For the sixth time the EPP Group gathers MEPs, other EU politicians and political leaders from the Western Balkans close to our political family to take stock of the challenges before them on path towards Europe.

The Western Balkans are facing challenges in various fields: political, economic and social. Progress on good governance and the rule of law has been deficient in some cases; there is even a backslide in these areas. Economic development in some cases is also not satisfactory. But there are positive developments, too. For example, the EU-facilitated dialogue between Serbia and Kosovo, the opening of negotiation chapters for Serbia, the accession of Montenegro to NATO, progress on justice reform in Albania, the new government in FYROM and more.

We expect the presence of Minister of Foreign Affairs of Bosnia and Herzegovina, Igor Crnadak, State Secretary for European Integration of Montenegro, Aleksandar Andrija Pejovic, Serbian Minister of European Integration, Jadranka Joksimovic, President of VMRO-DPMNE, Nikola Gruevski, from FYROM, Vice-President of the Democratic League of Kosovo, Lufti Haziri from Kosovo and a high-ranking representative of the Democratic party of Albania.

The meeting is closed to press, however there will be an opportunity for short statements after the conference at 17:15 on 6 June 2017 in front of room JAN6Q1 in the European Parliament. Videos and photos will be available afterwards.