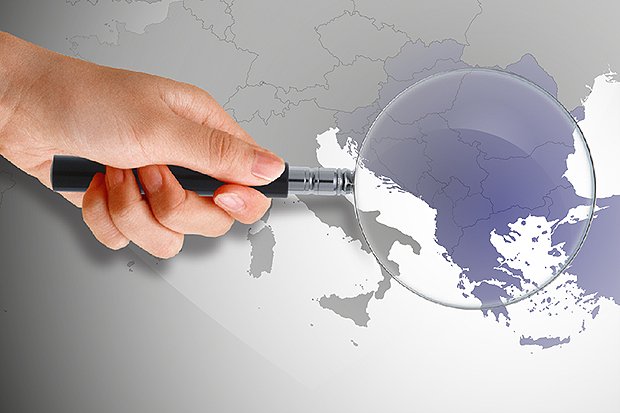 The European Parliament today reconfirmed the European path of the Western Balkans by adopting the European Commission’s Annual Reports on Serbia, Kosovo, FYROM, Albania and Montenegro. The EPP Group welcomes their continuous efforts to fulfil the criteria for integration into the EU.

Of those, Serbia and Montenegro are now negotiating their accession to the EU, while the European Council is to begin similar negotiations with Albania and FYROM in June next year. Spain, Slovakia, Cyprus, Romania and Greece do not recognise Kosovo as an independent state. The report on Bosnia and Herzegovina will be voted on at a later stage to take into account the recent elections in the country.

„The reports on the six partners from the Western Balkans – of which 5 were adopted today – serve as a key indicator of the countries‘ progress on their respective European paths. In our reports, we stress that all five have a clear European perspective. However, EU membership cannot become a reality without considerable and irreversible reforms in fundamental policy areas. Joining the EU is a strategic values-based policy choice based on jointly-agreed objectives. These objectives are foremost peace, sustainable growth and improved living conditions. The rule of law, empowered parliaments, free media and a vibrant civil society are the pillars of democracy”, said David McAllister MEP, Chairman of the Foreign Affairs Committee and Spokesman for Serbia. “The EU is by far the most important donor in the region and is engaged in several thousand projects to support reform efforts and assist in preparations for EU membership. If people in the Western Balkans voice a sentiment of being ‘left alone’ by the EU, it shows that there is an urgent need for the EU to communicate more effectively about the extent of our engagement in the region”, underlined McAllister.

Andrey Kovatchev MEP, EPP Group Vice-Chairman responsible for enlargement and Mediterranean policy, also commended the work done by the 5 partners so far: “The EPP Group gives its unequivocal support to the EU endeavours of the Western Balkans, at the same time underlying that the process will only advance after concrete criteria are met. EU enlargement with the Western Balkans will bring both parties more stability and security and will be of mutual benefit. A more prosperous and stable Western Balkans means a more prosperous and stable European Union. Of utmost priority are the rule of law, fighting organised crime and corruption, judicial and administrative reforms”, said Kovatchev.

But he also stressed that the reports are only a part of a long road ahead: “We commend the progress made so far but let’s not forget that the process is still ongoing and the road will not be easy. The Western Balkans show visible results in fulfilling the criteria they have agreed on. We should support these efforts with focused financial assistance. Each partner has made progress, albeit in different areas and at a different rate. Now it is important to keep up the impetus.” Indeed, what all five reports have in common is that the European Parliament acknowledges that the partners are well engaged in EU integration.

But there are very specific recommendations too: Serbia – to improve the planning, coordination and monitoring of the implementation of new legislation and policies; Kosovo – the pace is slow in implementing fundamental reforms caused by a lack of cross-party consensus and continued political polarisation; FYROM – the Parliament remains concerned by the widespread corruption and also the limited final court rulings in high-level corruption cases, but commends the work carried out by the Special Prosecutor’s Office. Among the recommendations for Albania is to undertake inclusive and timely electoral reforms in order to increase public trust in the electoral process, and for Montenegro, the Parliament calls on its political leadership to focus on the remaining challenges by tackling problems with the rule of law, media freedom, corruption, money-laundering and organised crime, and to approach these issues as a priority.