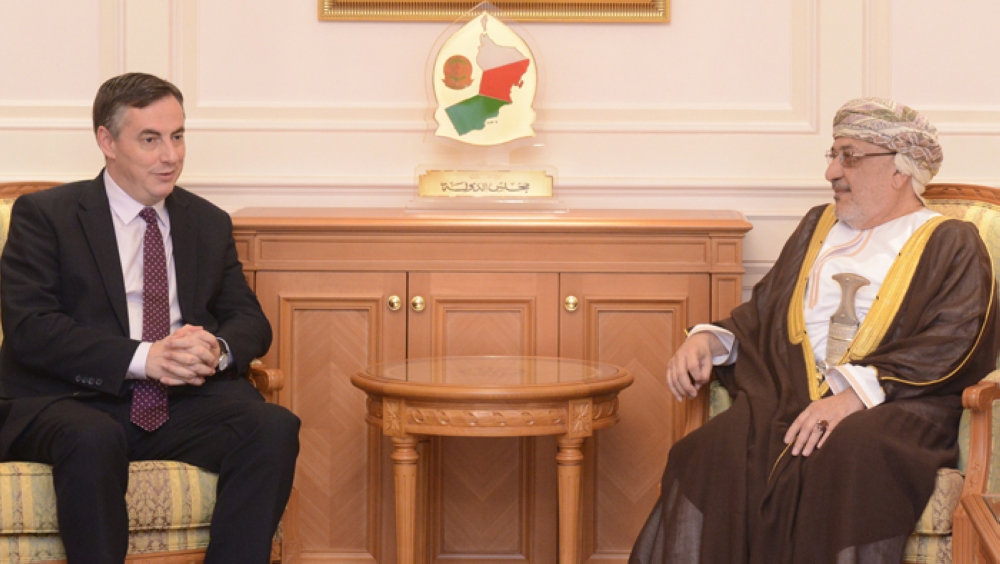 Dr. Al Mantheri gave a briefing to the guest on Majlis Oman, its role in the national work within the state of institutions in the Sultanate.

He underlined the parliamentary diplomacy’s role in strengthening relations among countries.

The two sides reviewed a range of regional and international issues of common concern. On his turn, the Chair of the European Parliament’s Committee on Foreign Affairs expressed his delight to visit the Sultanate.

He highlighted the Sultanate’s leading role in supporting stability in the region and promoting international security and peace.

He also affirmed the European Union’s (EU) keenness to enhance relations of cooperation with the Sultanate.

He also aspired to develop coordination between European Union and the State Council towards various issues of concern to two sides.

The two sides touched on relations of cooperation between Majlis Al Shura and the European Parliament, as well as the joint keenness to enhance such relations in various fields particularly in the parliamentary field.